Climate change is real. Deforestation is real. God’s green Earth is not that green anymore. Having a myopic view over the last century or so has led to overuse and abuse of natural resources. Humanity currently stands at a crossroad where we need to choose between a greedy present and a sustainable future. The choice might seem a straightforward one but we live in a society where instant gratification is everything and (admittedly) hard to resist.

It may seem that the economics of our current situation warrants large scale destruction of forests and the spending of natural resources to maintain equilibrium, but that is really not the case. What economics really demands from us is to put our long term needs ahead of short term gains and act accordingly.

The Earth continues to lose forest cover at an alarming rate of 5 football fields every second. The Congo Basin, one of the most biodiverse ecosystems on Earth, has lost 165,000 km2 of forest cover in the last decade. Despite that, it is still one of humanity’s best allies against climate change.

With its back against the wall, facing overwhelming odds and a race against time, Project Canopy, a data-driven non-profit, has made it their mission to protect the all important Congo Basin, the lungs of Africa, that is responsible for absorbing 82 Gigatonnes (GT) of carbon dioxide emissions.

Project Canopy has realized that environmental efforts are failing despite a whopping 300 million EUROS being invested annually. Lack of information or rather lack of useful information seems to be the bottleneck.

Project Canopy aims to cater to this exact need to ensure that precious donations and funds get a better bang for buck which will in turn improve chances of conservation of the Congo Basin and the world at large.

We’ve always heard that too much of something is never good. Same is the case with data, data surrounding deforestation of the Congo Basin. Needless to say, 2.5 million km2 rainforest creates an immense amount of data. Having different sources, formats and an ever changing landscape doesn’t help either. It is very easy for environmentalists and other stakeholders to get lost in this volume, causing their efforts to go wayward and decision making to be suboptimal.

This is something that Project Canopy stands by and attempts to deliver.

They provide a data driven approach towards environmental problems by providing evergreen solutions.

Project canopy integrates various data sets from countless sources on their platform and provides analytical solutions. Being the focal point of several data sets, they play a pivotal role in influencing and promoting evidence based policies.

Their experience of working with numerous organizations has transcended them from being a passive data provider to an active decision maker. This has made them a conservation multiplier, by creating synergies and a spill-off effect within the entire ecosystem.

To put it artistically, yet realistically, their efforts are helping the entire world. Their mission to save the Congo Basin from deforestation is one of the best defences of humanity against climate change. More forest cover means more trees to absorb the CO2 emissions which means delaying the inevitable by that much more.

But to be more pragmatic, Project Canopy’s intelligent GIS analysis and ground reality imagery directly helps environmental firms, governments, CSR initiatives and NGOs that are out on the battlefield fighting the good fight.

WWF, Greenpeace, Congo Government, NICFI and OCEAN are some of the many organizations that directly benefit from Project Canopy’s inputs and services.

Their data points gives the above stakeholders the tools necessary to put their plans into action, points them in the right direction and helps optimize their resources (time, money and manpower).

Ellipsis Drive is committed to playing a role in enabling those that care for the environment and are playing their part in preserving it. We do so humbly, and with great respect for the people at the front lines.

With Ellipsis Drive’s simple collaboration solution, Project Canopy and its stakeholders can get a bird’s eye view of the Congo Basin. While imagery and key analytics were already available, Ellipsis Drive’s offering really helps this venture along due to the ease with which these huge data sets can be turned into an online map that can easily be shared and collaborated on.

Our drive allows technical spatial files of the Congo Basin to be converted into actionable maps in under 10 minutes. Automated versioning and simultaneous access via various endpoints makes updating and tracking events so much more efficient.

Taking a time lapse over a prolonged period is the best way to detect loss of forest cover and identify patterns. Such analytical project requirements need a lean and fast solution to go along with it, for regular uploads and edits.

We feel that Ellipsis Drive is a great fit for Project Canopy in helping to accelerate their vision into reality.

The fight to save the Congo Basin is going to be a long one, and definitely not an easy one. Project Canopy and Ellipsis Drive are in it for the long haul.

The future might look daunting, but the road to change all starts with one idea, one organization, one human being. Visit Project Canopy to get know more about their fight against deforestation. 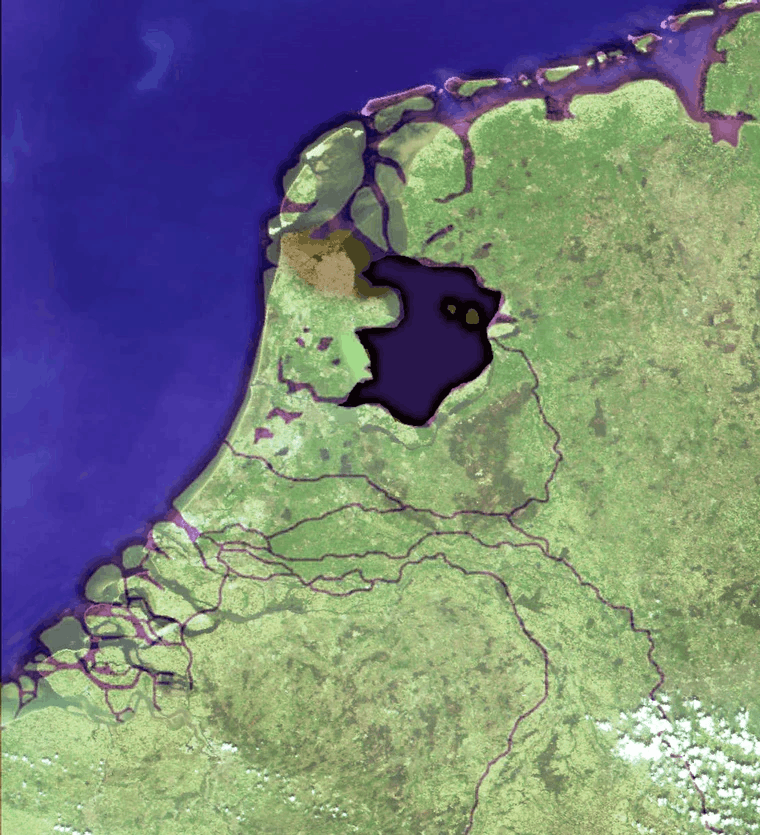