Aerial surveying is the process by which you collect the data needed to create new maps, models, and visualizations with the aid of a drone.

For the surveyor or engineer looking to integrate drone technology and aerial surveying into their business, the first step is to understand the industry.

The advent of drone technology has opened the door to what is known as UAV (unmanned aerial vehicle) Surveying or using drones for surveying. Today, we're going to tackle the most important things you need to know about aerial surveying using UAVs.

What Is a UAV?Types of UAVsBenefits of UAV Aerial MappingApplications of UAV Aerial SurveyingKey Challenge for the use of UAVs in Aerial ImageryThe Bottom Line

What Is a UAV?

There are two main types of drones: the fixed-wing drone and the rotary-wing drone. They vary in appearance and style of flight.

Fixed-wing drones are airplanes that have wings that remain rigid and do not rotate. A motor, propeller, or jet power them. The wings are stiff and form the shape of an airplane wing. This design allows fixed-wing drones to fly in a straight line. They are used for surveillance, photography, mapping, and aerial mapping.

Rotary-wing drones are helicopter-like, with blades that spin at the end of a rotor. Like a helicopter, rotary-wing drones rely on a series of wings, rotors, motors, and stabilizers to provide lift and thrust to keep them in the air. These drones are also used for surveillance, photography, and aerial mapping.

Using UAVs for aerial mapping allows you to capture a larger area than a manned aircraft, in a shorter amount of time, with greater accuracy and lower risk. Other benefits of using drones include:

The ability to capture the entirety of a large area in a concise amount of time makes drones an ideal tool for surveying.

The need for surveying services is growing worldwide. As the population grows, so does the need for accurate maps, models, and visualizations. Several industries will see a surge in their need for aerial surveying, including:

Drone surveying is being used in the above industries and countless more to provide decision-making, asset management, and mapping information.

Key Challenge for the use of UAVs in Aerial Imagery

Unmanned aerial vehicles rely on global positioning technology, which is what allows drone pilots to control their vehicles even from great distances. However, GPS technology does not come without its challenges.

For drones, the most important GPS concern is that it cannot detect other flying objects in the area. Even if geofencing can solve this issue by isolating the vehicle to a certain area, birds and unexpected vehicles can still collide with your drone.

Drone and aerial surveying is still a new industry, with UAVs only really being used for the past ten years or so. As the industry matures and the technology becomes more readily accepted, the market will grow. There are still many regulations and problems to be solved, but the future is bright for UAV surveying.

For the engineer or surveyor looking to integrate drone technology into their service, the first step is to understand the industry.

Do you have rich geospatial data and are looking to disseminate it amongst stakeholders to create powerful use cases? We can help you.

Ellipsis Drive is optimized for sharing, collaborating, and selling geospatial content. It empowers professionals to safely activate, manage, and share data in under ten minutes via the web. Contact us today to learn or get started online now. 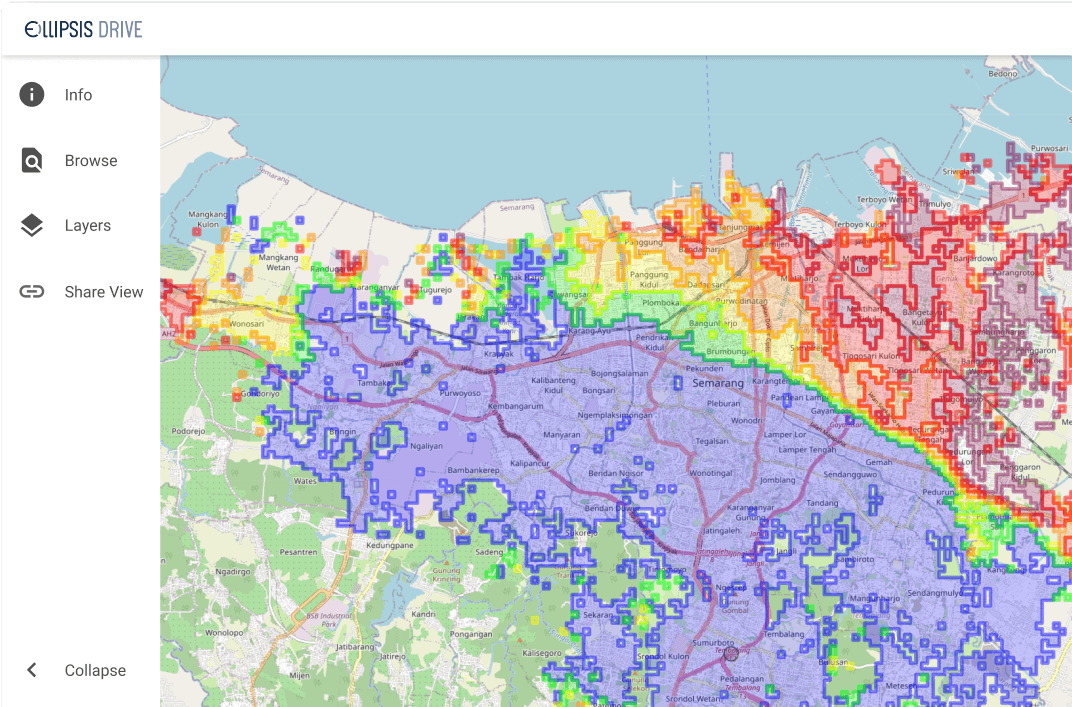